The Remnants of Dignity

Interesting or perhaps alarming news reaches us from the invaluable unofficial website of legendary powerpop deities The Left Banke: The band is doing a reunion show at Joe's Pub in Manhattan on March 5th and 6th. 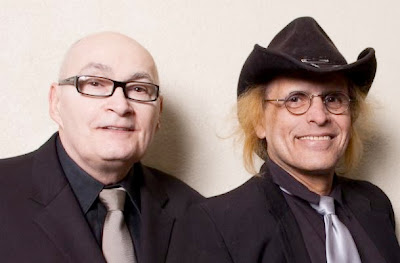 And according to a message left on the Joe's Pub board, semi-original guitarist Rick Brand may drop by to see what's going on as well.

I say interesting and alarming, of course, for all the obvious reasons; reunions of fondly remembered bands after nearly forty years have a spotty history, and in any case, the two crucial members of the LB -- glorious choir boy vocalist Steve Martin and keyboardist and songwriter Mike Brown -- will not be in attendance. (Both are as of this writing alive and well, although Brown is a legendary and somewhat eccentric recluse who reportedly has been living with a sister for at least two decades). That said, at a reasonable 20 dollars a ticket I just may have to check the show out despite my misgivings, the Left Banke looming large, as they say, in my legend. If you're interested, you can get more details (and order tickets) from the club either at the website above or by calling 212-967-7555.

Oh, and incidentally, it's highly ulikely that this lovely young lady... 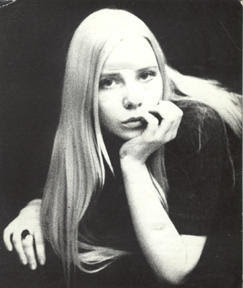 ...will be in attendance, either.

That is of course the teenaged Renee Fladen, as in "Walk Away Renee," in a photo that recently surfaced on the web and which had heretofore been something of a Holy Grail among pop obsessives. The Brooklyn-raised Ms. Fladen, of course, inspired several of Mike Brown's songs, including the timeless and beautiful "Pretty Ballerina" and "She May Call You Up Tonight," but since then has guarded her privacy rather carefully.

UPDATE: Just found this, which is also by way of the Holy Grail -- actual performance footage of the band at The Bitter End in NYC circa 1967, doing "Shadows Breaking Over My Head."

Martin's vocals, at least, are live, but in any case, this is by far the most watchable clip of the Left Banke that I've ever seen.
Posted by steve simels at 7:52 AM

Tom Finn was pretty common around NYC in the late 80s. I saw once playing guitar and singing with Rob Stoner at a very small club at some point around then. I've given up hoping for Michael Brown to reappear, although Richard X. Heyman's new "And Other Stories" is very Michael Brownish, and could be a new Montage album. Renee Fladen is exactly the stunning shikse is always imagined, listening to Pretty Ballerina. Interesting.

Maybe Tom & George could get together with those 2 guys parading around as the Lovin' Spoonful and form Spoonbanke.

I don't know about this.

Sal - Or the Left Spoone.

And the next day, the two teaSpoons will get together with various personnel from the Argent/Zombies reunion line-ups to form the Spoonbies...(I know I'm like an univited guest at your party but I couldn't help it... : )

Singers might include Michelle Phillips, Davy Jones, Peter Noone. Here's an LM topic for you, Steve: incongruous combinations of semi-reunited groups.

The Other End footage is an amazing bit of archaeology, even with the canned instrumental track. Boy that kid could sing. Seems to be an appearance on a local network TV show, something that would have run Sunday mornings. The host looks suspiciously like my Hebrew school teacher.

The group's music was so keyboard-based, why wasn't there someone playing piano and harpsichord in any of their TV appearances? I wonder what they did live. Never mind the string section ...

That kid could sing indeed. Along with Colin Blunstone, pretty much my favorite pop voice of the 60s that wasn't in the Beatles or the Beach Boys.

I never knew there was a real Renee, or that she inspired other tunes. Sort of like the Susan the Buckinghams sang about.

If Mike Brown and Martin did a show I'd be right there.

save your money or go see the Guess Who "featuring the original bass player!!"