Well, it's been a rotten couple of days. First Teddy Kennedy, then Ellie Greenwich, and now one of the greatest rock and pop keyboard players of them all. 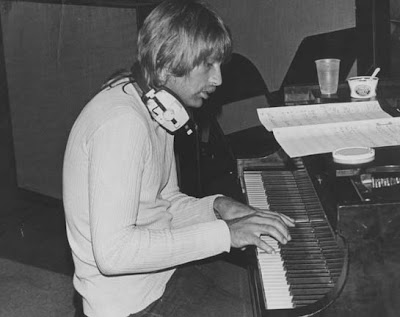 Seriously, this guy's credits are ridiculous. In essence, he worked on every important record made in LA beween the early 60s and early 70s, starting with Duane Eddy and then with Phil Spector, The Beach Boys, The Mamas and Papas, The Fifth Dimension , Johnny Rivers (that's him on "Rockin' Pneumonia") and others too numerous to mention before joining Bread as a full time member. And he was active right up until the end -- in the last couple of years he had sessioned for the Dixie Chicks and was playing Hammond Organ with them on tour.

Perhaps his best-known credit, of course, is his piano on Simon and Garfunkel's "Bridge Over Troubled Waters." But for my money, he deserves to be immortal for two records in particular that he contributed to in a major way.

Here he is playing one of the most famous bass guitar parts in music history (he was a multi-instrumentalist, obviously) on The Byrds' "Mr. Tambourine Man," thus participating in the birth of Folk Rock. 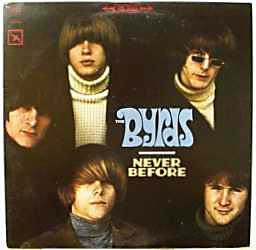 And here he is (back on piano) in 1973 as the only-non Jamaican in the band on Paul Simon's "Mother and Child Reunion," the first -- and for my money still the best -- example of white boy reggae ever. And damned if Knechtel's descending octave passage work at approximately 1:50 seconds in doesn't kick the track into a whole other dimension. 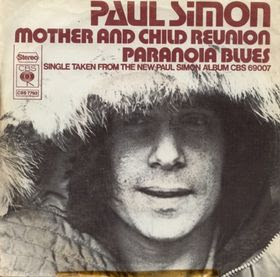 Both of these records still sound fresh as paint, I might add.

Meanwhile, as a friend of mine said the other day...

[Byrds Geek Note: The version of "Tambourine Man" above is the first-time stereo remix by original Byrds manager Jim Dickson, from the 1989 album "Never Before," and it is out of print and in official disfavor, never to re-released. The stereo version to be heard on all the current and future Sony Byrds CDs pales by comparison, so download this one if you haven't already got it. Basically, the Dickson is a Gothic Cathedral; the Sony track is ...well, I'm too lazy to follow through on the metaphor, but I think the phrase "small beer" will suffice.]
Posted by steve simels at 8:11 AM

When I lived in the city in the '80's, a good friend of mine was best pals with Rob Mounsey. Rob produced a bunch of Donald Fagen stuff among others and I remember him saying that Larry Knechtel was one of the nicest guys he ever knew in the bidness.

Wow, I had never noticed that fill by Knechtel before. I had always been paying attention to the drum fills on that song.

And, if nothing else, Knechtel's death taught me that his last name had the accent on the first syllable. I had always gotten that wrong.

Thanks for sharing, Steve. Sad that I get to know the name under such circumstances but nonetheless...what a talent!

Although I have great issues with Paul Simon (such as totally ripping off Los Lobos on his Graceland record - see: http://blogs.laweekly.com/westcoastsound/teenage-kicks/los-lobos-on-paul-simon-do-you-1/), that is a great song. Hard to imagine that when it was cut, reggae was this totally exotic music.

Steve, I wondered if you had also noticed that Willie DeVille died as well a few weeks ago? Did you know him? You were roughly contemporaries on the NY scene, right?

Danny -- I knew him, and actually interviewed him when his first album on Atlantic came out.

Get me drunk some time and I'll tell you the story -- it was one of the most horrifying moments of my young life.

Nice guy, but he had some serious problems is all I'll say.

Knechtel also performed, in the studio and in the touring band, with Elvis Costello in the 80s and 90s.

I saw Larry Knechtel accompany Simon and Garfunkel at Forest Hills on Bridge Over Troubled Waters in the summer of 1970, the piano and Garfunkel's gorgeous tenor raising each other high above the Queens skyline . . .

and speaking of the birth of folk rock, here is Larry K. (don't blink or you'll miss him), on keys in Barry McGuire's backup band on Shindig (the band is The Grass Roots, pre-Live for Today):