Weekend Listomania (Special The Kids in the Office Edition)

Well, it's Friday and you know what that means. Yes, my Oriental Bop on Your Schmeckel Specialist ethical consultant Fah Lo Suee and I are off to an undisclosed location to plead for veterinary care for my snake Reggie at one of those Obama Death Panel thingies.

Most Memorable Song or Record That Wouldn't Have Existed Without the Brill Building Writers Factory of the Sixties!!!!

No arbitrary rules this time, you're welcome very much. Just make sure that the song or record was written by somebody who actually toiled at 1619 Broadway, either literally or spiritually. Which is to say, if you want to nominate a cool song that was written in the Brill Building style but, say, on the West Coast, or even decades later as a tribute -- go for it!

And my totally top of my heard Top Seven is:

It needs to be said -- the entire esthetic of Bruce Springsteen's "Rosalita" ultimately derives from this record. 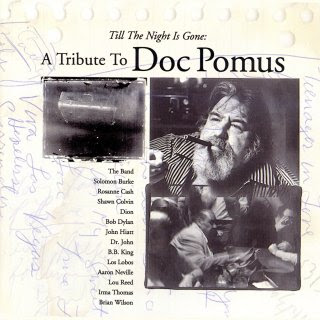 Originally a 1960 hit for The Drifters with Ben E. King; P.F. Sloan later ripped it off for the The Grass Roots "Let's Live For Today." This version, by the sublime Roseanne Cash (from a great 90s Pomus tribute album) is my fave, however. It doesn't get any more haunting... 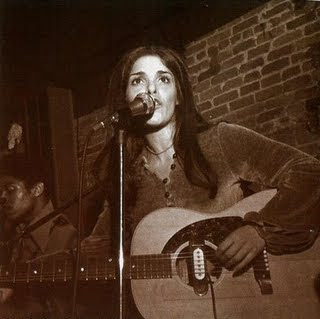 That's Chip Taylor as in brother of Jon Voight and uncle to some movie star with great lips. As for Evie, she's one of the great unsung heroes of rock and soul and I've had a mad crush on her since Shindig. Talk about a white chick (in Nick Tosches ' immortal phrase) really getting down to the heart of hep; if there's anybody in pop I'd like to meet and have a drink with someday, it's her.

One of the most sublime street corner blue collar romantic anthems of the 60s, and written, if you can believe it, by the same genius who also wrote the Banana Splits "Tra-La-La" song. 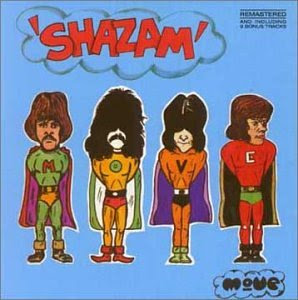 Originally a hit in England by Cliff Richard and the Shadows and redone in 1967 by (gasp!)Frankie Laine. The Move's 1970 Zeppelin-esque version, from their great Shazam album, with some of the most monster guitar riffage yet heard by sentient mammalian ears, remains the champion mind-boggler, however. Although you might want to check out the Laine cover if you happen to be tripping any time soon. A 1965 Manfred Mann track redone by these Village folk-rockers in 1968 as a sinister slice of proto-New Wave synth pop. Seriously -- it's Devo ten years ahead of its time. 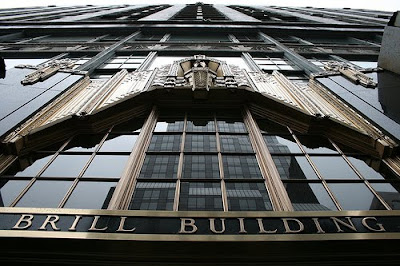 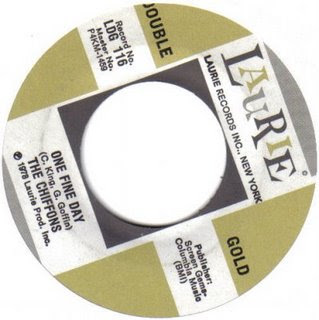 I've said it before, but this is an absolutely perfect record, from the instantly memorable opening piano riff -- you may recall it in slightly altered form from the Raspberries "I Want to Be With You" -- to the yakety sax solo to the glorious romantic innocence of the lyric to the catch in the lead singers voice whenever she hits the title line. Honestly, I don't think I've ever listened to this without swooning.

[Shameless Blogwhore: My parallel cinema Listomania -- theme: Most Memorable Big Screen Killer(s) -- is now up over at Box Office. As always, if you could see your way to going over there and leaving a snarky comment, it would get in me really good with management. Bless you.]
Posted by steve simels at 12:03 AM

I read somewhere that Paul Simon keeps an office in the Brill Building to this day.

"Mixed Up Shook Up Girl", from the first Mink De Ville album, in memory of the recently departed Willy DeVille. Wonderful song, and clearly Doc Pomus and Drifters influenced.

Evie Sands was in town not too long ago as part of the Adam Marsland Band. She was a bigger deal in L.A. than on the East Coast and I remember her as a breath of fresh air -- she has never been "of the moment," and that's part of what makes her great.

Thanks for the gorgeous Roseanne Cash version of "I Count the Tears," which I've never heard before.

The Brill Building "sound" is among my favorite genres in all of pop, so I'll try to restrict myself to a few:

"Oh Me, Oh My" -- a rare case where I think Aretha got outsung (by Lulu): Here's a rare recorded live version: http://www.youtube.com/watch?v=E66uJQtxdHg

Someone finally posted the original version of Bacharach-David's magnificent collaboration with Dionne Warwick, "Here I Am." Lost amidst the bravura vocal and lovely melody is one of the most direct expressions of lust (and I concede, love) in pop. http://www.youtube.com/watch?v=N7ydVb0tSg4

Maybe my favorite Mann-Weill song, with maybe my favorite bone-chilling bridge ("...when he holds me tight..."), Darlene Love and the Crystals/Blossoms "He's Sure the Boy I Love": http://www.youtube.com/watch?v=Fjnfsk7yZ2E

I can't find a version of Ellie & Jeff's Lesley Gore song, "Look of Love," so I'll substitute a great Goffin-King b-side, a rare rock record from a teenager about nostalgia for the past -- "The Old Crowd.": http://www.youtube.com/watch?v=1JMk-YEhwvI

I could add 100 more, but discretion is in order.

A minor hit but a beauty.

Dave: Totally agree with you about the Lulu and the Maxine Brown and Crystals.

"The Old Crowd" was new to me, though, and what a pleasure -- thanks!

"Lonely Avenue" - Ray Charles - The great Doc Pomus, whom I was very privileged to meet one night at the old Lone Star Roadhouse many years ago. He seemed very pleased that my party of young people knew who he was.

"Short Shorts" - The Royal Teens - BoB Gaudio. I have no idea who Gaudio was, but the RT's gave the world Al Kooper, by far the coolest rock star to have ever lived in my old neighborhood.

Am I the only one who LOVED "Grace of My Heart?" - bill buckner

That Doc Pomus tribute album opens with a fantastic Los Lobos version of "Lonely Avenue" that has to be my favorite version of the song.

And back in the mid-70s Springsteen used to do an epic cover of Pretty Flamingo.

And since Paul Simon's been mentioned, the song he penned for The Cyrkle, "Red Rubber Ball," is a pretty perfect slice of Brill-style pop-rock.

And one of my favorite Monkees songs was a Goffin-King: Take A Giant Step (yes, I know Taj Mahal did it; I still like the Monkees' jangly country-rock version).

breaking up is hard to do - neil sedaka

Can't believe I left these out --

but any of the songs Little Steven and Springsteen wrote for the first two Southside Johnny albums.

Shangri-La's - Remember (Walking In The Sand)

This game is too hard for me this week but OMG I'd forgotten how much I loved Manfred Mann. Thanks for the reminder.

Steve, I agree that the Rosanne Cash cover of "I Count the Tears" is sublime, and this takes nothing away from the great Ben E. King. "The Look of Love" is my contribution to the list of great Brill Building songs. There are many other Bacharach/David songs that could be listed here as well, but I'll keep it to this one example. My favorite recording of this song is the eleven-minute opus by Isaac Hayes on his great "...to be continued" album

I'd put Fever in there as well for the Springsteen-penned Jukes songs.

Great idea for the post though, I really enjoyed all the songs called out in your post and the comments.

That's one-note piano intro from "One Fine Day" also shows up at the beginning of "While My Guitar Gently Weeps," of course.

I'd vote for Todd R.'s "I Saw The Light". Complete ripoff of Carol King's early stuff, and beautifully done.

Woops! I thought I commented last night, but it musta got lost.

I'd have to top this list with this brilliant piece of work by Elvis Costello and Brill-er Burt Bacharach.

I'll add "Anyone Who Had A Heart" to the Dionne Warwick/Burt Bachrach/Hal David list ... although Dusty Springfield does a mighty fine version, too.

"Up on the roof" - The Drifters

so now river deep is great? comments from a previous listmania describe it as a "turd" as in no amount of polish could save...

Bon gaudio I believe went on to join the 4 seasons in the 70s.

"Up on the roof" - The Drifters

Anything by the Drifters, actually, and "Stand By Me", in particular.

Yeah that Move cover.. and in fact the entire B side of covers on Shazam may be the most potent rock Roy Wood put down on vinyl.

And ROTPlumber... that moment in Goin' Back where the Byrds break into "la la la" in counterpoint to the guitar riff is one of the two or three most magical moments for me in all pop music. That Crosby picked that song to have his little snit fit that got him canned from the band will always be a mystery to me.

If you haven't heard Dusty Springfield's version of Bacharach/David's A House Is Not Home, you owe it to yourself to look it up on Youtube.

Always been partial to "Oh, No, Not My Baby" (King/Goffin) by Maxine Brown and two "Kicks" and "Don't Bring Me Down" (Mann/Weill).