Or more specifically, the quite amazing Gregory Fleeman. 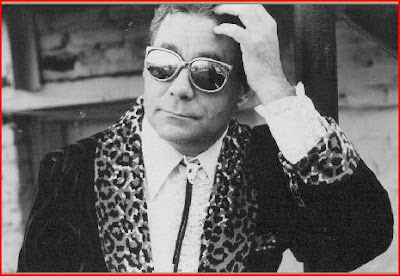 Greg's mainstream claim to fame is that he wrote the vastly entertaining 1986 action thriller F/X, which starred Bryan Brown and Brian Dennehy and spawned a sequel and TV series.

But back in the day, he fronted without question the most hilarious rock act I ever witnessed, the genius-monikered Gregory Fleeman and the Fleewomen. I encountered them, initially, while researching a piece on the neo-folk scene that was briefly resurgent in Greenwich Village in the early 80s; here's what I wrote at the time (in The Magazine Formerly Known as Stereo Review).

...Fleeman is a young ex-actor with one of the most warped sensibilities likely to be sprung on an unsuspecting public. His band is a motley collection of aging hippies, refugees from underground S-&-M clubs and punk/jazz fusion players, and his songs are about the funniest I've heard since...oh, since Tonio K. Take Touching Myself But Thinking of You, which asks the musical slash cosmic question "If we're all one, who needs you?" Or his children's lullabye about the little men who come out when you're asleep ("They massage your heart/and your private parts/and throw parties in your mouth"); his impassioned love song about the Tappan Zee Bridge; a 40s swing tune called Wisconsin Moon ("There's too much beer...here!"); not to mention his soon-to-be-immortal production number, "the song, nay metaphor" he calls simply Showbiz (although it's better known to his fans as Sucking My Way to the Top).

It gives me great pleasure, then, to note that all those songs -- and much more -- can now be found on Greg's fabulous new CD, which behooves behearing, obviously. 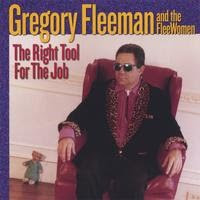 Hopefully, he won't be pissed at me for posting the audio clip of "Showbiz" --

-- as long as I urge you to be a mensch and order the album over here at CDBaby or download it at iTunes.

In the mean time, please be sure to check out more about Greg at his aptly named official website Fleemania!

I rather enjoyed the clip. It's not often you hear the word 'compunction' in a pop tune. In fact, this is a first (and I'm 53).

I was just listening to Meatloaf in the car and this is not unlike that.

I remember seeing him at Folk City back in the day. His live show was downright hysterical, and, if I recall correctly, he also had some rather innovative uses for a tape recorder on stage.

In fact, I'm pretty sure I remember him performing this song (a most impressive feat given what I was ingesting around then). Ah, the good ol' days!

Showbiz was his big set closer.

That was the best Neil Diamond song ever!

I saw Greg (at the time a co-worker at WPIX) and the Fleewomen just once, but still remember the hooks from several, gut-splitting songs.
Would love to find "Touching Myself" on the internet.