Weekend Listomania (Special The Right Tool for the Job Edition)

Well, it's Friday and you know what that means. Yes, my Oriental Cialis Cutie interior decorator Fah Lo Suee and I are off to Boston, where we plan to hiss at anybody who has the poor taste to suggest that Teddy Kennedy was in fact a Liberal at his memorial service. That kind of shrill politicization will NOT be tolerated, thank you very much.

Most Memorable Post-Beatles Song or Record Referencing a Musical Instrument in the Title or Lyrics!!!

Oh, and I'm pretty sure I've done a list like this already (I'm thinking that goddamn "Squeezebox") but I couldn't find it in the archives because I'm obviously senile AND tech illiterate. So one more time. (I'm pretty sure some of my choices are new this time out anyway).

7. Jimmy Silva and the Goats -- A Tin Whistle and a Wooden Drum 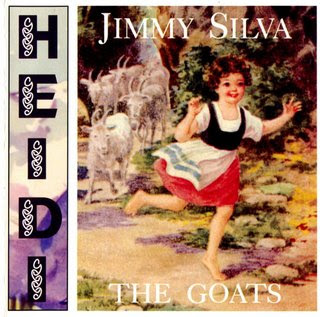 I know very little about Silva except that he was involved with the whole Young Fresh Fellows axis of Northwest coolness and that apparently he died not too long after making the absolutely gorgeous 1991 album this particular ecstatically Byrdsian song appears on. The rest of the album's really great, too, BTW...if you're curious you can download the whole thing free right here.

6. Tom Waits -- The Piano Has Been Drinking

Waits in '77, toward the end of his initial Beatnik period, and pretty damned funny.

5. The Tokens -- I Hear Trumpets Blow

I must confess to having a soft spot for these guys that goes way beyond "The Lion Sleeps Tonight" (get me drunk sometime and I'll bore you with my theory that their gorgeous Carole King-penned "He's in Town" is a major influence on the sound of Springsteen's E-Street Band). This one, one of the very best Brill Building blue collar romantic ballads of the 60s, is another of my real faves.

Is it cool to admit liking this again? I've lost track. In any case, Philip Glass and all his subsequent minimalist stuff can frankly bite me.

A great song about a clarinet player, as unlikely as that sounds. Truly gorgeous, but it has much to answer for, perhaps, when you consider she later hired the appalling Tom Scott and the fricking L.A. Express to back her up.

Holy shit, I finally got a song recorded in the 21st century into Listomania! Seriously -- a pretty cool tune, even if it doesn't feature the titular instrument. 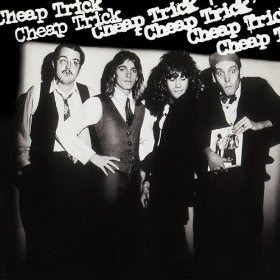 Rick Nielsen's ode to the theoretically obsolete title instrument, and one of the very best songs on their epochal debut album.

1. The Morells -- That Mellow Saxophone 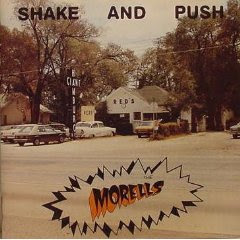 Said it before and I'll say it again -- if I was throwing a party and I could afford to hire any band in the world, it would be these guys in their better known incarnation as The Skeletons, and don't give me any of that NRBQ shit 'cause I don't want to hear it. Seriously -- this song is an absolute hoot, and they've got a million of 'em just as good they can play at the drop of a hat.

[Shameless Blogwhore: My parallel Cinema Listomania -- theme: most memorable autobiographical films -- is now up over at Box Office. As always, if you could see your way to going over there and leaving some sort of wise-ass comment, it would help cement my relationship with management. Thanks!]
Posted by steve simels at 12:03 AM

The immortal "Surfin' Hootenanny" by Al Casey and the K-C-Ettes (and written and produced by Lee Hazlewood) has to be #1 on my list: http://www.youtube.com/watch?v=V0iYMM-xDZ4

Although I like "Rinky-Dink" even more, who can resist Dave "Baby" Cortez's "The Happy Organ"? http://www.youtube.com/watch?v=3FpDubag4Uw

And I'm not going to mention certain obvious choices by the Beatles, Billy Joel, or Chuck Berry.

They Might Be Giants - "Violin" - a truly silly song from No!, their first clearly-aimed-at-kids album. Wish all kids' albums could be so good!

The Clash - "Jail Guitar Doors" - from their first, self-titled. Play it loud.

Sleater-Kinney - "Words and Guitar" - from Dig Me Out. (Poor quality video, only one I could find.)

The Stone Roses - "She Bangs the Drums" - from their first, self-titled. I think their only full-length album?

Steve Earle - "Guitar Town" - from the album of the same name. His first, I think, and still really great.

While My Guitar Gently Weeps - The Beatles

A Haircut and a Guitar - Montana (Great unknown pop song, on a Not Lame compilation)

Rod Stewart - Mandolin Wind
Todd Rundgren - I Don't Want to Work
The Who - Guitar and Pen
Archie Bell & the Drells - Tighten Up
Donovan - Hurdy Gurdy Man
The Who - A Quick One While He's Away (cello cello cello cello...)

And WHO can forget:

Dammit, Bill Buckner already won this category, leaving me nothing but leftovers.

and of course, Dance to The Music, Sly & The Family Stone:

All we need is a drummer,
for people who only need a beat
I'm gonna add a little guitar
and make it easy to move your feet
I'm gonna add some bottom,
so that the dancers just won't hide
You might like to hear my organ
playing "Ride Sally Ride"

Johnny B. Goode could play that guitar like a-ringin' a bell. Or so I hear.

Learn to work the saxophone, I'll play just how I feel.

...also, Dude, 'squeezebox' is not the preferred nomenclature. 'Accordion,' please.

Daniel and the Sacred Harp -- The Band

Okay, that cracked me up.

Hats off to Noam, for 'Harps & Angels' - how can a song be funny and lovely and sweet, at the same time?

And glad Elroy mentioned "76 Trombones", although I think it's not Post-Beatles (??).


By the way, Steve, raises a point for clarification - on these here non-arbitrary/arbitrary rules. Which are clearly never broken, bent or frayed.

Is 'Post-Beatles' after "Please Please Me", or after the breakup?

Post the Beatles arrival in the United States for the first time. In other words, the start of the British Invasion.

And Norm mentioned Johnny B. Goode, which reminded me of his distant cousin from Graham Parker's "Suck 'n' Blow" who could "play a guitar just like wringing a neck..."

Too bad we can't nominate albums ... otherwise, I'd put up "Decksanddrumsandrockandroll" by Propellerhead. :-)

So I'll go with "Money for Nothing" by Dire Straits:

Well, I'm not a particularly big fan of the Who's version of Squeezebox, but Townshend's original demo (from "Scoop") is quite fetching.

And Who-wise, what would the list be without Won't Get Fooled Again - "pick up my guitar and play"

John Hiatt, Perfectly Good Guitar and Rock Back Billy - the latter a gem from "Stolen Moments" with the great line "as long as there's a kid in a room somewhere / with a beat-up guitar and some funny-lookin' hair"

Damn I'm late and mine have been taken. All I can think of to add is Homeward Bound. Simon and Garfunkel.

I'll modify a line from our host here: motherfuckin' Guitar and Pen!!! One of Townshend's weakest compositions on one of the Who's weakest discs...