God, I love the Intertubes.

Reason I mention it is -- the other day, I flashed on something I seemed to vaguely recall from the dim dark past: An article in the New York Times, circa 1965 or '66, about French pop/rock which mentioned that there was some Frog protest singer who was kind of like a French Bob Dylan. And that he had an acolyte -- a Gallic Donovan? -- that had taken the whole thing into another dimension.

What I mostly recalled was that the latter guy -- and there was a photo in the article -- looked almost exactly like Cousin Itt from The Addams Family.

Anyway, thanks to the miracle of the Google, I just discovered I wasn't hallucinating any of this. At least not exactly.

Ladies and germs -- I give you the majesty that was and is Édouard! 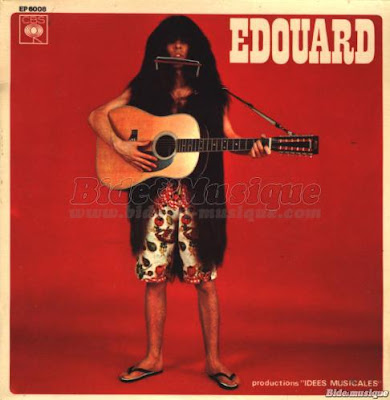 Édouard was the alter ego of Jean-Michel Rivat, a pop songwriter who wrote French hits for the gorgeous Sylvie Vartan among others. Rivat took his parody of long-haired singers way over the top, as you can see from the above album cover, but the music was actually not terrible, as you'll hear downstairs.

What I also learned in the course of researching this was that the main butt of Rivat's joke was a French pop star named Antoine, who remains world famous in France. Édouard's hit "Les Hallucinations D'Édouard" is a straight-up cover of Antoine's signature song "Les Élucubrations D'Antoine" (which was itself a semi-rewrite of Dylan's "Subterranean Homesick Blues"). 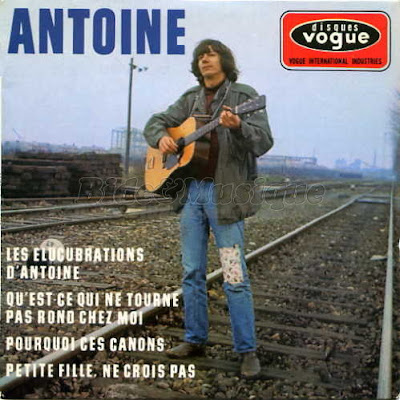 In any case, one thing is certain -- Édouard... 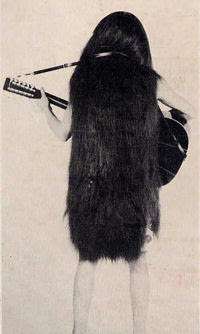 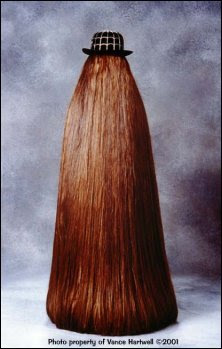 ...were clearly the major fashion influence on one of the most iconic rockers and guitar heros of the late 80s. 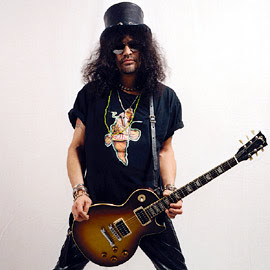 Come to think of it -- have any of these people ever been in the same room together?

In any case, I am pleased to note that you can get a CD of that Antoine song (plus his other blows against the empire) at Amazon France over here.

Of the longer-tressed Édouard, alas, I can find no disc anywhere. Anybody know any French torrent sites?

Interesting to have learned that the French can take the piss out of themselves too, once in a while too.

Shades of the Strangeloves!!

I guess we're fortunate he didn't decide to parody the "Two Virgins" cover.

I thought J. Mascis was the late 80s descendant of Cousin It.

That said, I found Edouard to be the more listenable of the two...by far.

I really like Françoise Hardy's '60s records, myself. Every once in a while the backing track is a little too old-timer-studio-guys-trying-to-play-the-twist, but she wrote lovely melodies and sang with sweet, slightly melancholy authority.

I did say almost!

antoine has been world famous in our house for the last 45 years.

the Edouard piss-take reminds me of the Two Ronnies (or was it Benny Hill?) dressing up as hippies on some variety show and doing something similar. Laugh? Well, my parents did.

If you're still looking for some Edouard songs, i can send you three.

they've taken the hallucinations video you had linked to off youtube, but there's another here.