Let Us Now Praise (Should Be More) Famous Men

Okay -- to quote Ian Hunter, I've wanted to do this for years and years:

Ladies and gentlemen, Willie Nile has a new album out and it's really fricking great. 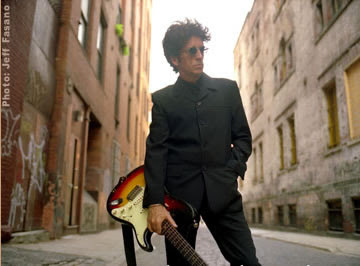 Seriously, I've been promising myself that I'd say something nice and at length about Willie practically since the day I started posting here; it is to my everlasting shame that it's taken so long, but hey, better late and all that crap. So let me get the gushing out of the way up front and stipulate for the record that the man is a bruised romantic with the soul of a poet and the sly heart of a standup comedian, a brilliant songwriter, a riveting performer, and as natural a rock 'n' roller as has ever worn shoe leather. The fact that he is not, at the moment, a household word while James Blunt walks the streets a free man is not just a cultural crime but rather convincing proof of the non-existence of God. IMHO. 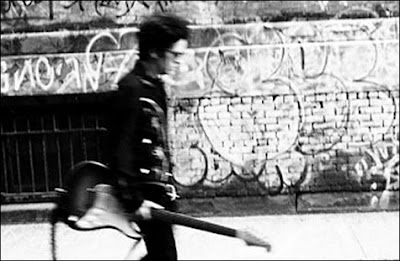 Okay, all that said, if you don't know Willie's work here's the short version. He first got discovered as part of the late70s/early 80s Greenwich Village Revival scene -- classmates included Suzanne Vega, Shawn Colvin, and (a little later) The Smithereens -- and for a variety of (mostly dumb) reasons (only one of which is the fact that he's quite the wordsmith), got tagged as yet another New Dylan. His eponymous first album, for Arista, came out in 1980, and was (and is) an instant and genuine classic; upon its release he hit the ground running with a great band featuring a terrific stripped down three guitar folk-rock attack and a killer rhythm section including Fred Smith (from Television) and JayDee Daugherty (from the Patti Smith Group). If you never saw those guys in person your life remains the poorer for it, but if you go to Amazon, you can still find copies of a (sadly out of print) live album from an early 80s show in Central Park. Another Arista album followed in 1984, which had some good songs sabotaged by overblown production, and then (after recording an album for Geffen, I believe, that was never issued), he made an absolutely brilliant 1991 record for Columbia (guests included Roger McGuinn and Richard Thompson) that the label uncermoniously dumped the week it came out (the usual corporate bullshit was the culprit). "Heaven Help the Lonely," a killer video for one of the best songs, is still up over at YouTube, but since there's no embed code (more corporate bullshit) I'll just give you the link.

The rest of the 90s were a fairly fallow period, although there was a nice indie EP the next year, and Willie never stopped writing and performing. Cut to (I'm skipping a big chunk of the story, but only to get to the good stuff) 2006, when he put out the justly critically acclaimed Streets of New York, perhaps his best ever album; it featured the utterly chilling "Cell Phones Ringing in the Pockets of the Dead" (not a response to 9/11, although it got taken for one) and a gorgeous cover of The Clash version of "Police on My Back." Here's the vid for "Game of Fools," another cool one from the album.

A live album and DVD followed, and that brings us to the amazing new House of A Thousand Guitars, which drops (as the kids say) on April 14. I'm still digesting it, but on first listening it strikes me as being an utter embarassment of riches. The title song, over a pounding "I Fought the Law" beat and riff, references Jimi Hendrix, Robert Johnson, Bob Dylan, The Stones, John Lennon, and John Lee Hooker (who's "gonna kick your ass"), and it manages the incredible feat of living up to the best of every one of them. It's also one of the most outrageous productions ever staged by a rock band, but you can listen to it and marvel for yourself (see below). 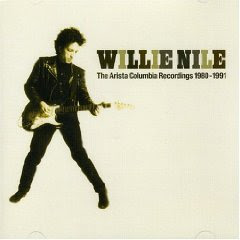 Okay, you can -- and most definitely should -- get the first three Arista/Columbia records on one two disc set here.

And as a public service, you can download "Vagabond Moon," the opening track from the 1980 debut album that turned me into an instant, raving fan back in the day, here...

...plus you can get the aforementioned leadoff title track from his latest here. [Author's note: As always, if the links have expired by the time you get to them, e-mail me and I'll send you the mp3s.]

What am I forgetting?....Oh yeah -- go preorder the new CD over at the official Willie website.

Uh...what are you knuckleheads waiting for?
Posted by steve simels at 12:03 AM

I heard the first Willie Nile album at the first party I went to in New York City and that's when I knew I belonged.

And "Game of Fools" is really great, loved the guitar solo.

He's playing some (sorta) local gigs later in the spring ...

It's so self-referentially about rock from an older perspective that it should be terminally icky and not work at all. I mean, it could easily have verged on Rock 'n' Roll Heaven crap.

But between the production and Willie's singing it's so gloriously over the top that it gets you. Amazing.

I have to disagree with you on Willie, Steve. Seen his at least three times live through the years and all I feel is he's ok, far from a major talent.

But between the production and Willie's singing it's so gloriously over the top that it gets you. Amazing.
steve simels

I like it more every time I hear it. I think the secret is that he pushes a few visceral buttons for folks who grew up in the 60s, like the Bobby Fuller backdrop and Dylan vocals, while keeping it a sparse, kick-ass rocker (the drumming is great by the way).

He could have pushed a few more buttons, like doubling the crescendo at the end of the bridge, and adding a chorus of jangly Byrd-esque guitars...

Looking forward to the album.