Through a Glass (Not So) Darkly 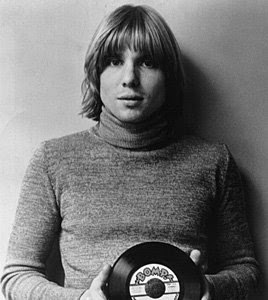 By way of a postscript to yesterday's little tribute to pioneering rock critic and indy label maven Greg Shaw (1949-2004), here's part of an editiorial he wrote for the January 1979 issue of his BOMP Magazine. In it Greg proposes the creation of a "society for the preservation of pop culture." But you'll notice that, almost as an afterthought, he also predicts a computer/musical future that looks almost exactly like the one we're actually living.

"...The primary goal would be the collection, on tape and microfilm, of a definitive library of music, film, video, and printed history of pop music, starting with today and working backwards into the early years of the century, eventually linking up with other organizations dedicated to preserving the history of jazz, folk music, etc. But first taking care of rock & roll. At the rate the cybernetic revolution is progressing, by the time this could be done every school, library and maybe even home, in America would probably be able to have direct access to all this material. Imagine 20 years from now, if every teenager could sit in his bedroom with a computer screen and terminal (with stereo speakers attached) and call up anything he wanted from Billy Ward & the Dominoes to Ed Banger & the Nosebleeds - see what they looked like, read extracts from fanzines and historians who wrote about them, cross-referenced to other artists and sources, and above all hear the music, and maybe even see film footage if any exists. All of this is feasible with the technology of today and the next couple of years. It's effect would be to create a lasting rampart against the danger of gigantic industry brainwashing the public and eliminating all roots, all variety from our culture. Even disregarding that, it would be a worthwhile effort from the standpoint of preserving a huge chunk of American culture..."

I actually read that one back in the day and thought, yeah, right -- like that'll happen.

In any case, I still want to know why the stuff Greg predicted has come true and yet we still don't have fricking jet packs.
Posted by steve simels at 12:00 AM

I know you were being sardonic about "where's my jetpack", but as a rocket scientist, I'll tell you the real story anyway:

Levitating your average-size person (the standard 170 lb average human) takes 170 lbs of thrust. The smallest jet engine I know of produces 50 lbs of thrust out of a 10 lb package; therefore you would need 4 of these, plus a frame, etc. These engines also put out 140+ dB of sound - enough to cause serious damage if four of them were strapped to your back, regardless of your hearing protection. Compare this to storing bits on a hard drive - negligible power, weight, etc. Conclusion - producing lots of power in a small volume is goddamn hard and will remain so for the foreseeable future.

Beam me up Scotty, but let it ROCK!

So what you're saying is those Commando Cody/King of the Rocketmen movies don't have an awful lot of reality to them?

Sounds like a cop out to me, cthulhu. There are car stereos that put out that kind of thrust and noise...at least it seems like they do.

I wonder what Shaw would make of the music genome project?

If I get the, err, thrust of this discourse, Shaw's was a prescient embrace of our time, a zietgeist warped by "music-as-commodity" (like supermarket romance pulp). Brittany and Twittany, et. al. Beyond a corrosive assault on nostalgia and the muse, why does it even matter? M'thinks Shaw was onto a great signifier: the commodification of consciousness itself.

Who let Albiston in?