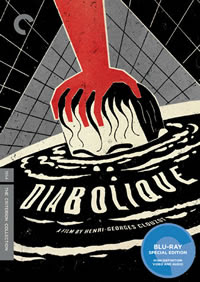 Okay, my workstation here at Casa Simels has been pretty much overrun by all sorts of interesting and alarming recent video releases, so herewith a few words on the best of the bunch. I should add that all of them are available over at Amazon by now.

From a book by the same Frog thriller novelists who provided Alfred Hitchcock with Vertigo, this 1955 suspense flick from the great Henri-Georges Clouzot has been imitated -- well, ripped off -- by countless filmmakers. That said, and having just seen it for the first time ever, I gotta tell you: This is one deeply creepy movie, and it works like gangbusters despite Brian De Palma, William Castle, et al. Criterion's new digital restoration looks great, and there's a couple of cool bonuses with the set, including the original trailer.

A three disc set of the David Wolper documentaries based on the first batch of Teddy White's campaign books, as originally aired on ABC back in the day. They're all mostly fascinating, with tons of inside-politics tidbits I'd forgotten (did you know that Harry Truman came out against Kennedy in the '60 primary?) and at times startling time capsule newsreel and TV footage. Of course the most interesting thing about the docs (with hindsight) is their implicit Establishment acceptance of all sorts of what now appear to be schoolboy myths of American Democracy. Best bonus: The tribute to JFK film made for the 1964 Democratic National Convention. 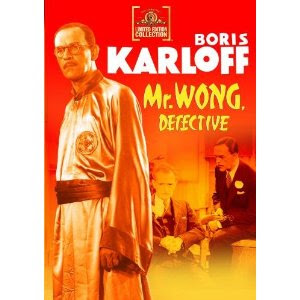 The opening salvos in Monogram's low budget Chinese detective series (meant to compete with the contemporary Charlie Chan and Mr. Moto films being made elsewhere). Of course, the casting of Karloff is what we'd now call non-traditional (heh), but he brings immense dignity to the part and as B-films go, these are highly entertaining genre exercises. The prints are in great shape, incidentally, which may be a revelation; if the only Monogram films you've ever seen are some of their slapdash horror efforts in piss poor Public Domain videos, you may be surprised at how well made these two are.

The "Trailers" part of this one -- a sort of MST3K version of the coming attractions for a bunch of crappy genre flicks -- is an exercise in camp that's mostly a matter of taste; I don't particularly find it funny, but your mileage may vary. That said, this is probably worth getting for its bonus feature, which is (to my knowledge) the first home video appearance of a widescreen print of the original Roger Corman version of Little Shop of Horrors.

A low budget mummy flick, with the gimmick that the mummy is from ancient Pompeii rather than Egypt. A big fave of the adolescent me since its early 60s airings on my local Chiller Theater, and it holds up pretty well thanks to reliable genre star Richard Anderson. MGM's video transfer is full-screen, alas, but the print is otherwise close to prisine.

Actual documentary footage of the teen/hippie curfew riots that inspired "For What It's Worth," Aldo Ray, the incomparable Mimsy Farmer doing her LSD freak-out dance, and great lip-synched performance footage of garage rock gods The Chocolate Watchband doing the most amazing Stones/Kinks/Yardbirds pastiche ever. In short: The Citizen Kane of Summer of Love exploitation flicks, in a gorgeous widescreen transfer and at a budget price. No finer video product will be released this year.

In 1977, 20th Century Fox had two sci-fi flicks in the pipeline -- the big budget post-nuke apocalypse Damnation Alley, with George Peppard and Jan-Michael Vincent, and Star Wars -- guess which one the studio thought was going to be a blockbuster. Seriously, this is just hilariously bad, beginning with the preposterous mutant radioactive scorpions, but it's done with wonderful straight-faced conviction and the futuristic mobile home/monster truck at the center of the action is actually kind of cool. This is the first DVD appearance of the film, and Shout Factory has done an exemplary job: The newly restored transfer, in widescreen and roof-rattling surround sound, is gorgeous, and there's an interesting (a word and a half, in this case) audio commentary by producer Paul Maslansky.

Mimsy Farmer's do is positively awesome.
:-)

I've never seen Riot -- I will have to remedy that very soon.

I remember seeing Damnation Alley in my mid-south-west small town theater (in 1977, we got movies about 3 months after they were released in the big cities). We laughed our asses off through the whole thing. We had seen Star Wars a few months earlier, so the bar had definitely been raised.

Futureworld came out somewhere in the same timeframe as well, and was another major disappointment, especially since Crichton's original Westworld had been such a surprisingly good little flick.