Well, it's Friday and you know what that means. Yes, my Oriental Roger Ebert-impersonator-with-benefits Fah Lo Suee and I are to to Tinseltown, i.e. fabulous Hollywood CA, for a screening and press junket in celebration of the forthcoming Adam Sandler sure-to-be-classic comedy Jack and Jill. The high concept: Sandler plays his own twin sister!!!!

Apparently the late George C. Scott saw the trailer and, despite being dead, didn't care for it much...

...although we have high hopes. At the very least, we expect the food to be good.

In any case, and because things will doubtless be fairly quiet around here until our return on Monday, here's a hopefully amusing project to help you wile away the idle hours in the interim:

Self-explanatory, and no arbitrary rules whatsoever except -- No Beatles!

And my totally top of my head Top Five candidates are:

5. The Sopwith Camel -- Maybe in a Dream 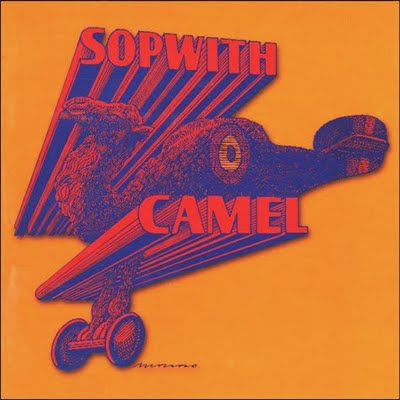 The "Hello, Hello" band, and though you might not believe it, their album is a gem from stem to stern. This closing track is the dreaded classical-rock, a la Jim McGuinn quoting "Jesu, Joy of Man's Desiring," in a solo, only stretched out to the length of a whole song. The musicianship is really quite extraordinary for a bunch of hippies, and the track has been a fave of mine for ages. Doesn't sound like anything else on the record, BTW.

The b-side of "Friday on My Mind," and almost as epochal, in my humble opinion. Jeebus, this is good. I mean Stones-Who-Kinks good, with one of the great fade-outs of all time.

There is, apparently, an entire generation that grew up thinking the Stones wrote this song for Lea Thompson's character in Some Kind of Wonderful. Heh. In any case, one of many overlooked gems from Between the Buttons, and why it hasn't been covered a zillion times is beyond me.

3. The Lovin' Spoonful -- Only Pretty What a Pity

Their late pop/psych masterpiece, and amazingly despairing and cynical for a band with a rep as purveyors of good time music -- "Everyone, except the baby, answers for the face they wear" is one of the most chilling lines in any 60s song I can think of. Incidentally, despite the album cover photo above, the late great Zal Yanovsky was still in the band when they recorded this; in fact, they did the song, with him, on Ed Sullivan, although the video doesn't seem to be on YouTube.

And the Numero Uno if-it's-so-good-why-isn't-it-famous track of all time clearly is....

What we used to call hard rock, and it didn't get any harder. An early Todd Rundgren masterpiece, and drummer Thom Mooney - the band's secret weapon -- really deserves a Nobel Prize for nuclear physics. Or something -- perhaps I haven't given enough thought to the metaphor -- but in any case, he's quite astounding on the track.

Alrighty, then -- what would your choices be?
Posted by steve simels at 12:09 AM

I'll start off by nominating two by the Who, and both available on the reissued "Odds and Sods" collection: Glow Girl, part of which was reused later for "Tommy", and a killer cover of Eddie Cochrane's My Way.

And how about two from the sometimes-problematical-but-often-genius Traffic: Pearly Queen, a crackling mid-tempo rocker from the self-titled second album; and Every Mother's Son, from "John Barleycorn Must Die", featuring a Hammond organ solo for the ages.

Can't believe you left out "Canned Ham" by Norman Greenbaum...

The only one of the five I hadn't heard before is the Lovin' Spoonful song, and that's now my favorite fo the five. Just great.

The first song that sprang to mind is "You Don't Know Where Your Interest Lies," the flip side of "Fakin' It" and to the best of my knowledge not released on any studio album. The song rocks in its original incarnation: http://www.youtube.com/watch?v=BEBr46hFVLM

But I also love this live track, without the production gimmicks, and which sounds a little like how Lindsay Buckingham might cover the song -- the guitar is essential: http://www.youtube.com/watch?v=8k6ZV8qXXjQ

I wish Paul Simon would have cut the crap and written more lyrics like this, too. I love this angry and semi-sociopathic narrator.

Another B-side that overwhelms its A-side. Smokey Robinson's "You Must Be Love." Once I heard it, "I Second That Emotion" was toast. http://www.youtube.com/watch?v=OtWENe3V7Ds

Also Smokey reworked "I've Got To Dance (To Keep from Crying" into "Mickey's Monkey," but I don't think he improved it. Love the U.S. Bondsish production, too: http://www.youtube.com/watch?v=AqhvWMYGD2A

Jerry Yester gets songwriting credit for "Pity." Was he not in the band then? Just hanging around?

Amanda Jones was the first track I thought of when I read the topic. Two others, both from Aftermath, the two songs that make the album IMHO - "Flight 505" and "It's Not Easy."

Little Feat's rarities album "Hoy Hoy" has a gorgeously funky version of Hank Williams' "Lonesome Whistle." They take a a honky tonk waltz and turn it into a half-time workout for the ages.

Best Traffic track ever? "Who knows what tomorrow may bring" off the profoundly compromised second LP. Seriously, did no one suggest firing Dave Mason?

Delaney and Bonnie - When This Battle is Over

Warren Zevon - "Mama Couldn't be Persuaded" (you oughta hear my son sing that!)

Is "Twisting by the pool" by Dire Straits too well-known?

Jerry Yester was a friend of and hanging around the Spoonful from the beginning. He's actually playing piano, very low in the mix, on "Do You Believe in Magic."

I am going with The Easybeats, as well. "You Said That," a song I first heard on a friend's mixtape that sounded more like The Beatles than the Easies.

Also, took years to find it on an Australian CD called "Absolute Anthology."

Sweet Jeebus, the drumming on the Nazz tune is tremendous. Got my heart going 180 beats a minute!

The drummer on Paul Collins' "On The Highway" is similarly outstanding.

Apparently, we're not taking the "60s Bands" part of theme too seriously.
:-)

"What Am I Doin' Hanging Round" by the Monkees.

Only semi-obscure in that it's now making it's way to more "hits" compilations these days as people discover what a fantastic track that is. (Well, and it was on the TV show...)


or "You Don't Have To Walk In The Rain" by The Turtles (or really the whole "Turtle Soup" album is great and semi-obscure in that it had no radio hits on it...)

Wow, some fantastic songs here and in comments. Thanks to Dave for refreshing my memory on "Where Your Interest Lies". I offer you"No Surfin' Today" by the Four Seasons, going places the Beach Boys wouldn't attempt until years later.

The Records - "Paint Her Face" b-side to their much better known "Starry Eyes."

"Under the Ice" is killer. Back in the 60s, several bands recorded Coke jingles. I have a bootleg with the Who, the Kinks, the Tremeloes, and the Cyrcle (among others) shilling for Coke.

Jefferson Airplane did a few for Levis also.

Oops, missed the 60s part! You know Grandpa there are many fine bands after 1969!

I think this song has been mentioned on this blog before, but how about the Carole King-penned "He's In Town," by The Tokens? I guess it was a minor hit at the time, but it certainly has been overshadowed by that other Tokens song as the years have passed.

One of my holy grails for many years has been a possible stereo mix, which probably will surface around the same day the uncut version of GREED does.

Very nice, thanks for sharing.

Anyone For Tennis, by Cream

Dogs, Part II, the Who

Since Billy B brought up Jefferson Airplane I have to admit I have a fondness for the first Jefferson Starship album "Blows Against the Empire". The whole thing is pretty obscure and hippy dippy in places but I still love it. I know, it was released in 1970, but they were still a '60s band at the time, unlike later incarnations of JS.

tossin and turnin, the ivy league.

Ditto "Anyone for Tennis" and the Who's "Glow Girl."

Anything from the first Airplane or Fairport albums, when both bands had a different female singer than that w. which they would become famous. (Where are you now, Signe Anderson?)
Good call on "Between The Buttons" - really, there are a number of overlooked gems on that album. ("Yesterday's Papers," "Connection," which Keith has been known to do solo, from time to time...)
"I'm On An Island" - Kinks
"Sugar, Sugar" - Wilson Pickett
- bill buckner

Well, nothing to nominate today, although I will say that "Nazz Nazz" is easily one the very best rock albums ever made by anybody. It's a life long favorite of mine anyway.

Re: "He's In Town", is that the same tune done by The Rockin' Berries? Haven't heard The Tokens version yet.

Yes, the same as the Rockin' Beries. One of the great Goffin-King streetcorner romantic ballads; the Tokens version -- which I will go to my grave insisting was a big influence on Bruce Springsteen -- was a minor hit, at least in NYC and environs, in 65-66.

I'm nominating "How Can I Leave Her" by the Cyrcle, which I think was the B-side to "Red Rubber Ball".

Also want to commend Dave's nomination of "You Don't Know Where Your Interest Lies." How that didn't end up on Bookends, I don't get. It was better than that single's A-side.

Here's a blog post I did a while back on the "Nazz Nazz" album.

Odds'n'Sods - The studio versions of Summertime Blues and Young Man Blues are excellent.

Apparently the late George C. Scott saw the trailer and, despite being dead, didn't care for it much...

That could be a Nick Tosches quote . . .

I just found out that Jerry Ragovoy died. What a versatile and powerful songwriter and producer. He might be best known for "Piece of My Heart" and "Time is On My Side" and "Cry Baby" (the Garnett Mimms and the Enchanters hit), but I've always been partial to the Majors' "A Wonderful Dream," which may not be as obscure as most of the cool recs above, but has to be one of the great peons to adolescent love ever. And that falsetto! http://www.youtube.com/watch?v=F4n-fPdK6xw

Oh, ok, not really a sixties band, but he started in the sixties, but Randy Newman singing "Gone Dead Train" also from the Performance soundtrack is a great obscure recording and the rockingest he ever got.

Steve, those are all great songs, really appreciate it. The Nazz and Stones are longtime favorites, but the rest are new to me. The comments thread has lots of stuff I need to investigate - thanks all!

This one turned out to be a lot of fun.

Also -- if memory serves, that Turtles song was written by the pre-fame Warren Zevon, no?

Mick Jagger's version of "Memo From Turner" from the soundtrack of the movie "Performance" is soooo much better than the Stones version.

Can't find a link to share, but the B-side of The Mindbenders (post-Wayne Fontana) "Groovy Kind of Love" is a fine, under-2-minutes-long driving rocker called "Love Is Good".

If the Beatles had not be excluded from this list by arbitrary rule, I would have mentioned that "Hey Bulldog" is a fine song that seems to be pretty obscure (for a Beatles song, at least). I think it's mainly due to it's inclusion only on Yellow Submarine and the late 70's compilation Rock & Roll Music. The latter happened to be the first Beatles record I ever owned (on cassette), and I thought the song was great then (at about 11yo). And my kids (6 & 10yo) also think it's great now.

"It's Getting Harder, All The Time" is another Mindbenders song that fits the criteria